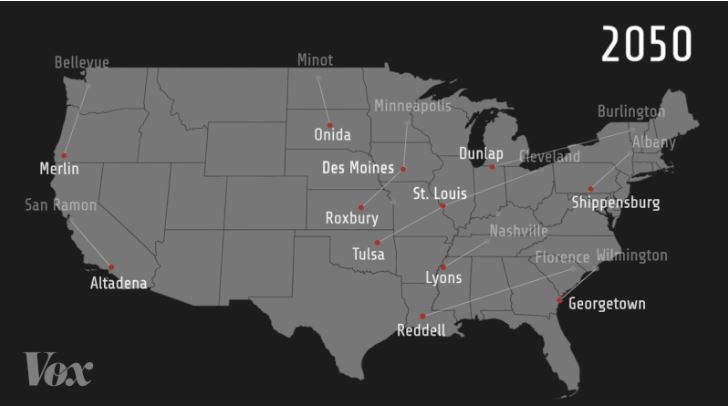 Just a few days ago, 13 federal agencies and the White House released the Fourth National Climate Assessment report, which summarizes the impacts of climate change on the United States, both now and in the future.  Not surprisingly, the report found that climate change is already affecting the American people.  According the to the report, extreme weather events linked with climate change have become more frequent and intense and include prolonged periods of heat, heavy downpours, and, in some regions, floods and droughts.

The report also maps out what might happen if we take no action to cut greenhouse gas emissions.  As part of  the Weather 2050 project, Vox took a look at this scenario, and found that by 2050, many northern US cities may have climates more like the hotter, more southern US states.  If you want to get a real sense of what climate change could mean for your city, you might just need to take a road trip a few states south.  Read the full article and view the interactive maps here.